Antiques
Home›Antiques›Author fascinated by the customs, rituals and accoutrements of death

Author fascinated by the customs, rituals and accoutrements of death

For many years, Madison County columnist Abby Burnett has shared stories and recipes about favorite foods found in the Arkansas Ozarks. In his log cabin in Kingston, his home office – and kitchen – was filled with vintage pots, pans, ladles, presses and appliances, and I know from personal experience that seeing culinary antiques turned into crafts, wind chimes fair and fabricated wall hooks she is pale in pain.

Burnett also used to hang around cemeteries, looking for unique early 20th-century gravestones – lambs, angels, and pearls of wisdom – which she all recorded in photographs. Then one thing led to another and, today being Halloween, Burnett agreed to talk about his current and ever-growing collection, the one that took kitchen oddities out of the race, for “My Favorite Things”.

What do you collect? Things related to illness, death, burial and funeral. Among the items here in my home office are various pieces of coffin material and mourning tokens: post mortem photos (of people in their coffins), black border stationery, jet buttons – even a print. Currier and Ives mourning card from 1885. There are also objects formerly donated by funeral homes, such as cardboard fans, thermometers, pens. I also have graveyard themed artwork and Stereopticon maps showing funerals and cemeteries.

How / when / why the collection started: I did not set out to collect death accessories, but these things started to find me after the publication of my book on the burial customs of Arkansas (“Gone to the Grave; Burial Customs of the Arkansas Ozarks 1850- 1950 “, published by The University Press of Mississippi in 2014). I really like the originality of the collection! For example, I have a piece of stone from the Cartney Quarry in Baxter County, Arkansas, the source of the marble used to make Abraham Lincoln’s sarcophagus. The smallest objects are housed in a glassed-in bookcase that I call the Cabinet of Morbid Curiosities.

What attracts you to these articles? The fact that most of these things are personal, like someone’s last photo ever taken, or an engraved plaque from the top of someone’s coffin. But then I also have a few family pieces, including two large molars filled with gold that my sister found in our mother’s jewelry box.

What is the most expensive item in the collection? ComeOnIn Antiques, in Seymour, Missouri, sells antiques from early funeral homes and doctors’ offices. (I remember seeing a gallstone in a bottle for sale!) I spent more money in this store than in any other place, but not much on a single item. The most recent addition to the collection was free; I found an armadillo pond here on my property and framed it!

Where do you find most of the items in your collection? Flea markets? Thrift stores? Real estate sales ? Although I have purchased a few items, my favorite pieces are those given to me by friends and acquaintances. Sometimes I’m offered things because the donors don’t have anyone else interested, and they know I’m honored to have them.

For example, a woman gave me a small box full of items related to the death in 1925 of her stepmother’s younger brother. The box contains a robe and tiny stockings, a post-mortem photo of the infant, the cards attached to the flowers at her funeral, and a wad of doctor’s bills for the baby’s unsuccessful treatment for pneumonia. I was told that no one in the family wanted to inherit these relics.

Another valuable item is a human hair men’s watch chain, decoratively woven into a rope. It belonged to my neighbor’s grandfather. Attached to the rope is a small charm that resembles a pitcher, which was once used to symbolize temperance.

Is there “one that got away” – that is, you missed out and wished you had bought it? I don’t really collect hair jewelry – pieces of woven human hair displayed inside lockets or pins – but I do have a few pieces. Years ago, at an antique show, I saw a necklace pin that I loved but didn’t buy – and I regret it! It was unusual in that, when worn, the hair was turned inward, so that only the wearer knew it was there. The piece was unusual and reasonably priced, but I left it out because I love to wear hair jewelry when giving lectures and wanted something where the hair was visible.

Is your collection finished or in progress? If it is in progress, will it ever be finished? I tend to wait for things to find me. I guess if this stops the collection will be finished, but I hope not!

Is there a white whale you are looking for? I would love to own a Crazy Stone! Before Louis Pasteur discovered a vaccine against rabies, mad stones (a folk remedy) were used to extract poison from the bite of a rabid animal. The “stone” is generally said to be a calcified object found in the intestines of a deer, and it can take many different shapes. The Carney family in Barry County, Missouri made crazy stones from pieces of porous rock coated with red sealing wax. They patented them and sold them in the 1920s as “poison extractors”, and I would love to find one.

What are people saying about your collection? They usually don’t say anything. They are slowly moving back!

Will you ever run out of space for your collection, and if so, do you have a plan for this event? I would quickly run out of space if I started to acquire coffins! Fortunately, the collection is made up of small items, so I’m not too worried.

What else do you collect? I am interested in fraternal lodges, and I collect the pins of the deceased or the most obscure. And because I’m fascinated with ancient medicine as well, I have a few medical quirks, including my father’s dissection kit from his time in medical school during WWII and the mercury-filled thermometers he saved. Oh, and I recently found out I own a surgical bone saw: I thought it was a cheese slicer and put it in a box with some old kitchen gadgets!

Do you have something that you treasure? Or a friend who has the best collection ever? Send your story suggestions to Lara Hightower at [email protected]

Burnett says that a product called Daisy Fly-killer was “a surprisingly sinister object. There’s arsenic inside, and you remove one of the felt circles, add water, and replace the felt. The tin was placed on a windowsill and the idea was that the flies would land on the felt and put arsenic on their feet and die. The problem was, the kids mistook the felt for candy and ate it and died. A friend bought me this box on eBay. (Courtesy photo / Abby Burnett) 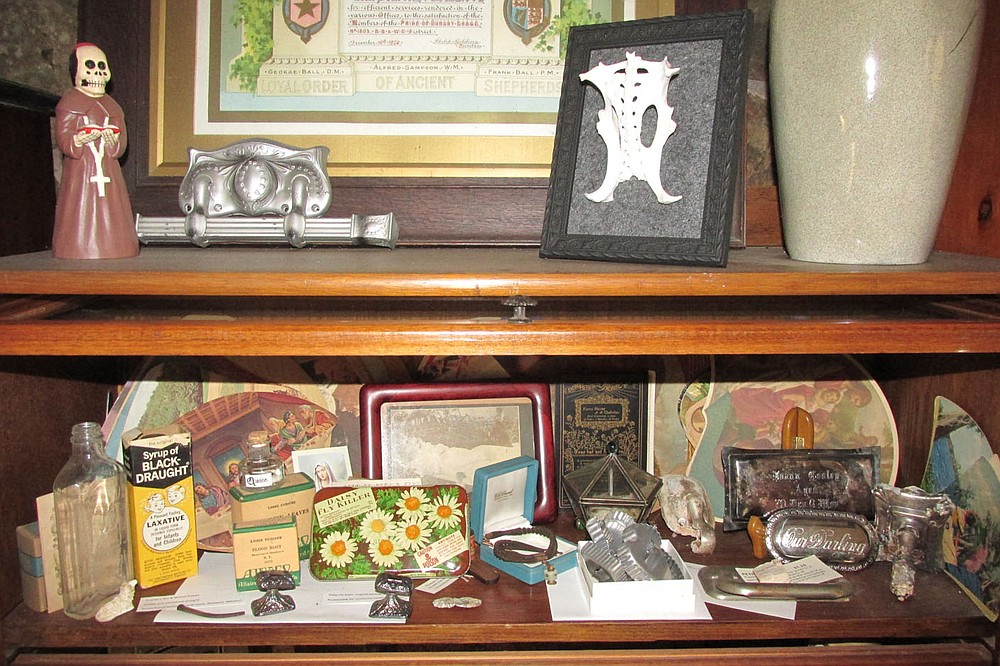 Burnett keeps much of her collection of death paraphernalia in a glass-fronted bookcase that she calls the Cabinet of Morbid Curiosities. (Courtesy photo / Abby Burnett) 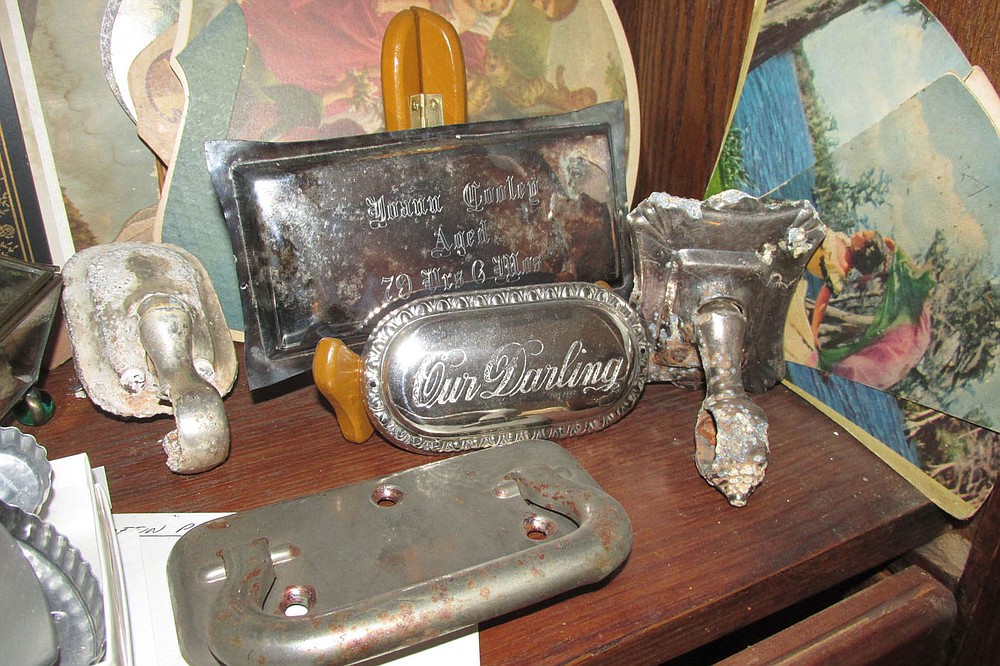 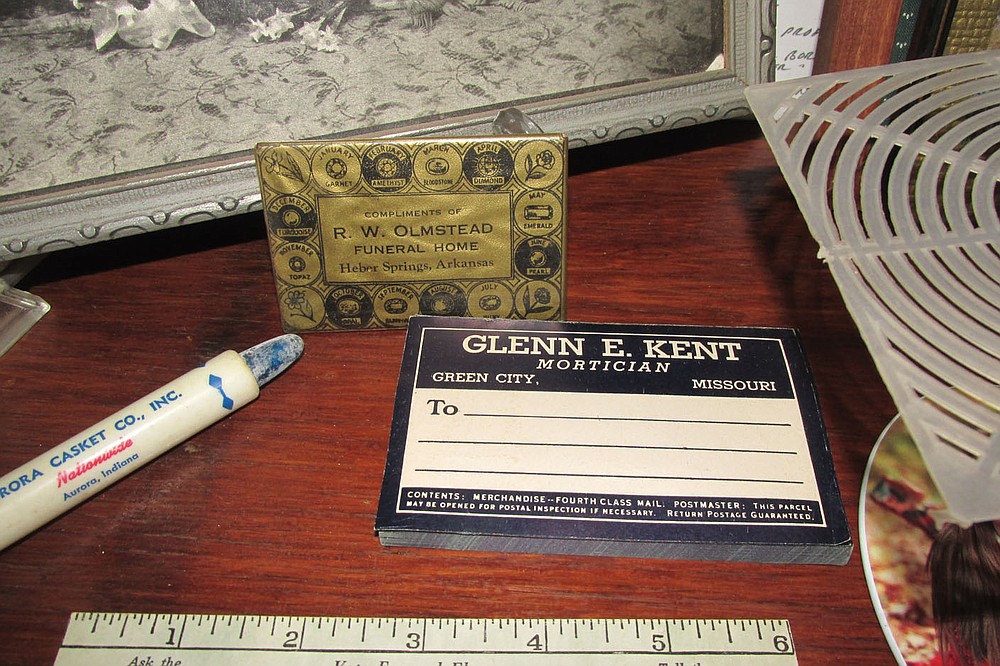 In the past, funeral homes would advertise by handing out cardboard fans, thermometers, pens and more. (Courtesy photo / Abby Burnett) 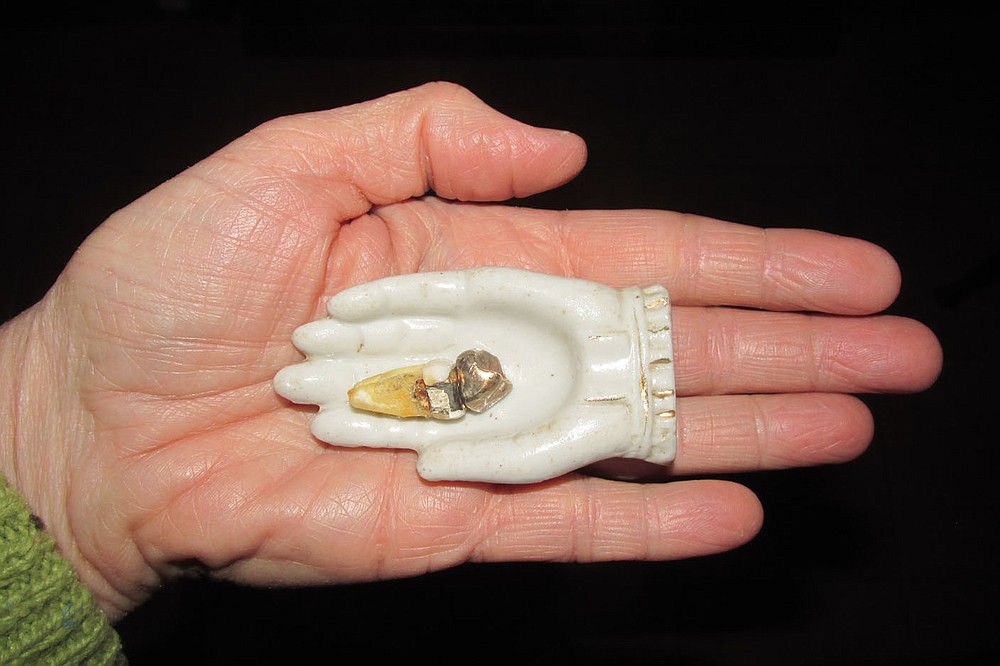 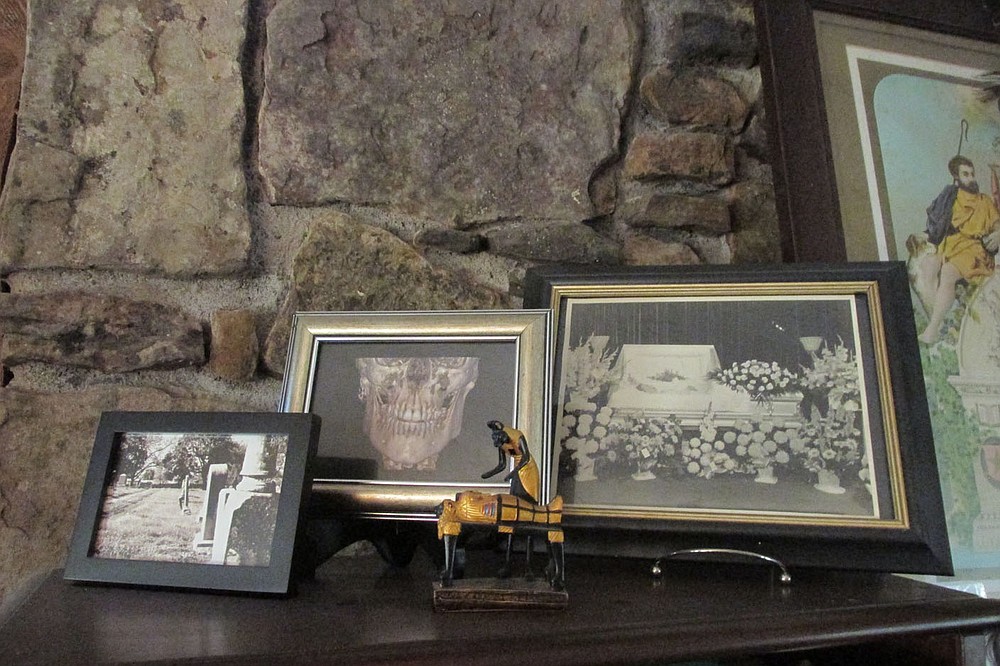 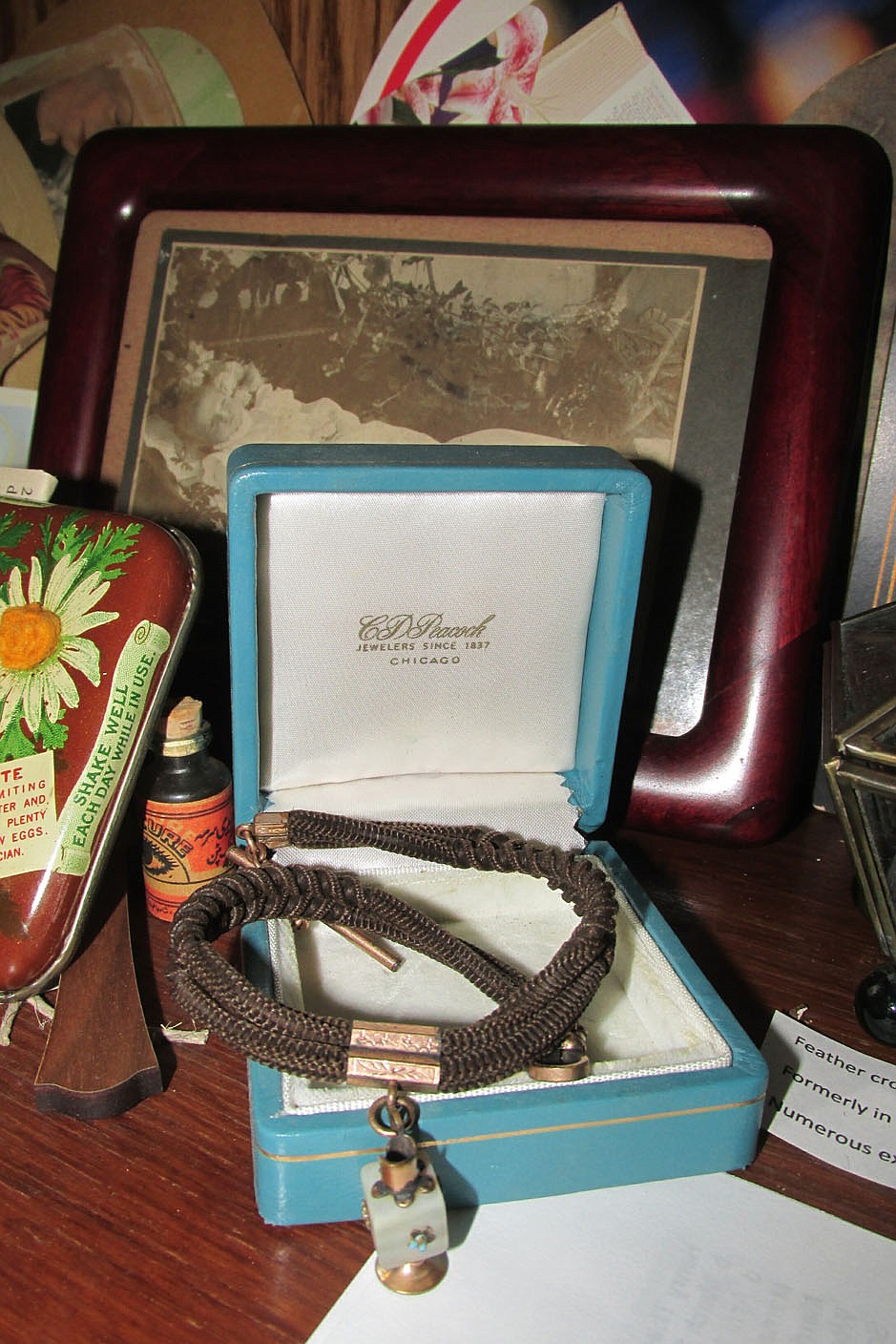 “The only ones that really matter are ...